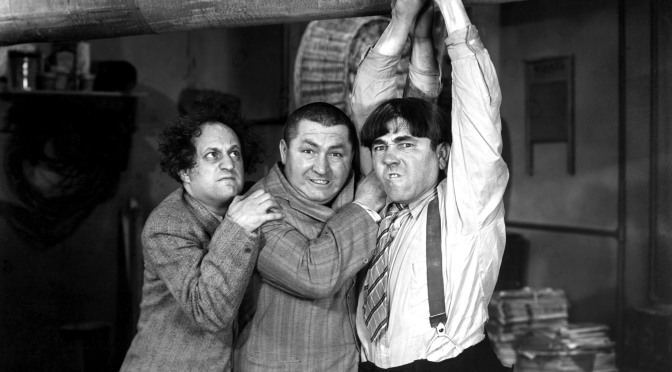 Plumbers seem to be the same the world over.  When you need one, they can be your best friend or your worst nightmare.  Here in Angola, they tend to fall in the latter category.  When we moved into our apartment one month ago, I noticed a mildewed spot on the caulk around the bottom of my toilet.  No big deal, but obviously there was a small leak there that needed to be repaired, and so I sent in a maintenance request.  My shower flow switch is also stuck in the shower position, and I am unable to get the water to come out of the tub spigot.  Again, no big deal.

Since I submitted the request over a month ago, I have asked four or five times when I could expect a plumber to show up.  Each time, I was told they would come in a day or two.  Things run on a very different time schedule here, and the repairs were not critical, so I did not press the issue – but I did want to get it fixed eventually.  When will I learn to leave well enough alone?

Today, at 4:00 pm three “plumbers” showed up to fix the leak, which appeared to require nothing more than a little caulk. They all crowded into my tiny bathroom, while I continued making dinner in the kitchen.  About ten minutes later, one of them rushed in and mimed the motion for a mop (I forgot to mention that they only spoke Portuguese).

This cannot be good.

A few minutes later, they all came out of the bathroom, pointing at their watches and talking very quickly.  All I understood was “amanha”, which means tomorrow.  It was quittin’ time, and they had to go.  “What do you mean, you have to go?”, I said.  Blank stares.  “Is the toilet fixed?”, I asked.  More blank stares.  This conversation was going nowhere, so I got out my computer and typed in my questions via Google Translate.  They looked at the screen and scratched their heads, so I tried rephrasing my questions.  Nothing.  Finally, one of them decided to try his hand at this Google Translate thing, and he began to type very slowly.

When he was done, and turned the screen my way, I was able to decipher from the somewhat jumbled words that they did not have any caulk (why would a plumber have caulk?).  They would have to come back the next day.   Oh, and by the way, the toilet was now non-functional, as they had yanked it out of the floor before they realized they had no caulk.  Brilliant.  And also the base is now cracked and they cannot get another toilet because this one came from the USA.  This just gets better and better. Again, they promised they would fix it tomorrow.  Oh sure, that’s gonna happen.

Before they could rush out of the door, I reminded them about the shower.  Yes, I’m a slow learner.  Reluctantly, they went back into the bathroom.  Squeezing through as they blocked the doorway,  I discovered the floor was a half-inch deep in water and muddy footprints.  Nice.  I pointed out the shower switch, showing them how it was stuck in the shower position.  The head stooge stared at the switch for a moment, and then leaned closer to the switch, while turning on the water.  You guessed it.  He was immediately soaked as the cold water sprayed out of the shower onto his head.  Yep, that is why I called, Curly.  Sputtering, he rattled off a few more words I did not understand, and then they were all gone, leaving a wet, muddy trail out of my door.

Now, what do you think the odds are that I will have a functional toilet – or shower – anytime soon? Just this week, another expat lady told me about the time three guys showed up to change a lightbulb in her bathroom.  Yes, I did say three guys.  They wound up walking out of her bathroom half an hour later carrying her now cracked bathroom sink, and leaving a gaping hole in the ceiling where the light fixture had been. I think I’d better get settled into the guest bathroom.

Anyway, after they left and I had cleaned up the messy floor, I went back to cooking dinner.  One of my ingredients was some cream of mushroom soup in a little pouch, which I was very excited to find on my latest shopping trip.  Not sure whether or not to add water, I typed the cooking directions into Google Translate:

“Pour the soup in a pot and get laid on low heat stirring occasionally.”

What can I say?  The guys at Google certainly have a sense of humor.  I don’t want to know what Google did to my questions for the plumbers.  Maybe I’d better ask my husband to be here when – or if – they come back tomorrow…